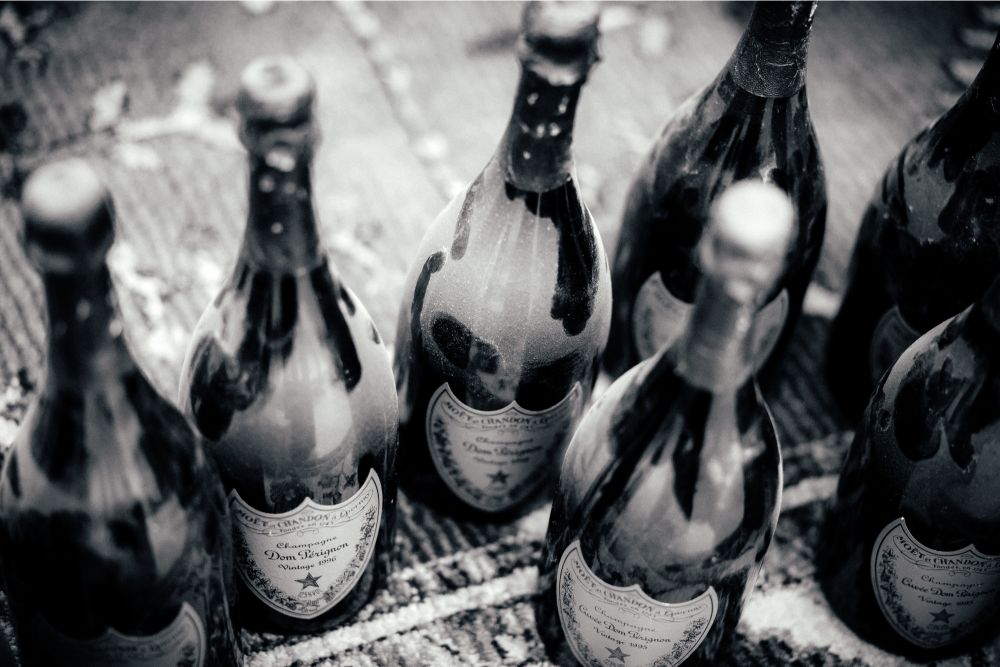 “The first vintage of Dom Pérignon as we recognise it today was in 1921 and there are typically only six vintages produced per decade.”

The story of Dom Pierre Pérignon (1638-1715) a Benedictine monk and cellar master begins in the 1670’s when stories started emerging; talking of a man who was using pioneering winemaking techniques to improve the wines of the area.

Champagne or sparkling wine already existed in the area, second fermentation was actually a bit of an issue as so many bottles were exploding and product being lost.

Through implementing some simple but ground breaking rules including

Dom Pérignon of course is now a drink enjoyed across the globe, especially at times of celebration. It is amazing to think that much of Dom Pierre’s early Champagne making methods are still just as relevant today and have helped to shape this North Eastern region of France to be known the world over as the most respected sparkling producer by some way.

Dom Pierre Pérignon discovered that if you were to blend multiple grape varietals together at a suitable balance it could increase the complexity, balance and quality of the wine.

From the vines of the relatively cool and chalky Champagne region he discovered through trial and error that the best and most subtle blend was Pinot Noir, Chardonnay and sometimes a tiny amount of Pinot Meunier.

Of course, ever since this discovery by Dom Pierre these three grape varietals have become the foundation of Champagne production being used extensively in the many great champagne houses of the region.

Soon, news of the regions huge quality increase reached the Royal Court of France – they began to purchase and drink Champagne, and then…..…they began demanding one Champagne in particular for all of their parties and celebrations……Dom Pérignon!

Fast forward to the present day

His name as a brand was eventually sold to Moët & Chandon for the production of their prestige vintage cuvée – to add to their own non-vintage & vintage champagne. Louis Vuitton Moet Hennesy is owned by Frances wealthiest man, Bernard Arnault.

Under LVMH a thorough selection process at the vineyard & winery ensures that only the finest grapes make it into the Dom Pérignon Champagne. From the vines of Moët & Chandon they believe that Chardonnay and Pinot Noir with roughly an equal proportion, without one varietal dominating the other is the best way to produce the finest sparkling wine in the world.

Dom Pérignon Champagne is a vintage champagne and so is only ‘declared’ in good years, where the weather conditions were ideal and the quality of the grapes are above average.

The first vintage of Dom Pérignon as we recognise it today was in 1921 and there are typically only six vintages produced per decade. It is relatively rare for consecutive years to be produced, but uniquely in the first decade of this millennium five consecutive vintages were declared. These decisions are taken carefully which cleverly keeps both the quality and demand high.

Producing Dom Pérignon is a lengthy process. After the first seven years in the cellar Dom Pérignon expresses its first plenitude with the second plenitude between 12-15 years after production (The First Oenothéque release, which is now referred to as P2. P3, is declared after 30-40 years).

In 2016 the producer changed the name of Oenothéque to Plenitude as the release of P2 & P3, which was to provide more clarity to the ambiguous release date.

These different styles of production can significantly alter the flavour of the bottle of Dom Pérignon you are drinking.

With age Dom Pérignon takes on a complete roundness, where all the flavours balance out and come together as one producing a flavour and mouth feel, which simply isn’t achievable from recent release champagne. In aged Dom Pérignon you can find yourself picking up both a level of acidic freshness, but also a richness of toast and coffee. The bouquet is very special, totally Intriguing with scents you can’t find from a sparkling wine anywhere else in the world.

Looking to sell Dom Pérignon? At The London Wine Cellar we are always interested in buying single bottles or cases of Dom Pérignon and with our nationwide collection service and London drop in centre, it could not be easier.