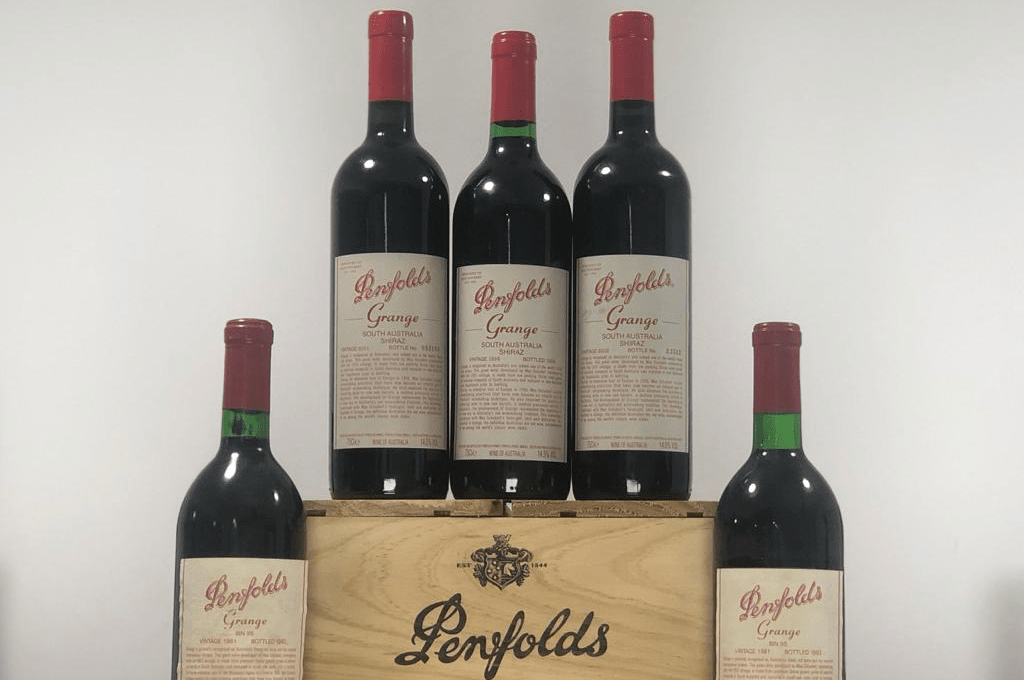 “It was the very first experimental vintage, with less than 3,000 bottles produced”

The achievement of Penfolds is owed to generations of creativity by innovators, whose ability to unite science and art has made Penfolds one of Australia’s highest respected winemakers.

Max Shubert was the head winemaker at Penfolds Winery in South Australia from the late 1940s, it was his creation and expression at Penfolds Grange that changed the way the world looks at Australian wine.

In 1951 Max flew to Europe to study the great wineries on Portugal & Spain with a side trip to Bordeaux, while he was there he focused in on every minute detail that these established world class producers were implementing to produce such fantastic wines. When Max eventually flew back to Adelaide with all of these ideas flying around his head, you’ve got to take a minute to imagine what his level of excitement was like to get started on his next vintage, 1952.

Max wanted to create a world class Bordeaux style wine down under, but at the time very little Cabernet Sauvignon was planted in Australia so instead he adapted and used the “native” and abundant Syrah (Shiraz) grape.

Before this period, the fashion in Australia was to drink fortified wines; so to produce a dry table wine, which was going to get better with age and still be fantastic in 30+ years, was almost unheard of in Australia. This was a challenge Max took relished!

Max Schubert was asked to show his efforts in Sydney to top management, they invited a wide variety of wine identities and personal friends of the board. To his horror the Grange experiment was universally disliked, and Schubert was ordered to shut down the project. What might have been enough to bury Grange in another winemaker’s hands, only made Max more determined to succeed.

Believe it or not, Max continued to craft his Grange vintages in secret, hiding three vintages ’57, ’58 and ’59, in depths of the cellars. After further tastings of his secret vintages eventually the Penfold’s board granted proper production of Grange to restart, just in time for the 1960 vintage. From here on, international acknowledgment and awards were bestowed on Grange annually, including the 1990 vintage of Penfold Grange, which was named Wine Spectator’s Red Wine of the Year in 1995.

Arguably the most magical bottle of Grange ever produced was the Penfolds Hermitage 1951. It was the very first experimental vintage, with less than 3,000 bottles produced and there are believed to be less than 10 genuine bottles left in existence.

Harvey Steiman (Editor or The Wine Spectator Magazine) scored this wine 100 Points along side with many other wine critics including Robert Parker, the perfect wine?

Decanter Magazine ranked the 1951 in the top 10 greatest wines ever produced.

Dylan Proctor (Advanced Sommelier) was fortunate enough to open a bottle in 2016 and said “The wine is still in fantastic shape” followed by describing it with black plumb, black berry and almost a stew lamb kind of characteristic.

If you wanted to be one of the last lucky 10 to enjoy a bottle of this wine legend, how much would you pay? Well you will need to be prepared to write a cheque for at least £50,000.00.

Wanting to get your hands on a bottle of 100 point Penfolds Grange at a slightly more reasonable price? Have a look at our extensive Australian wine list.

Looking to sell Penfolds Grange ? Call us on 020 7377 8097, start a live chat or drop by our tranquil north London wine cellar to enjoy a glass of wine while we agree a price for your bottles.