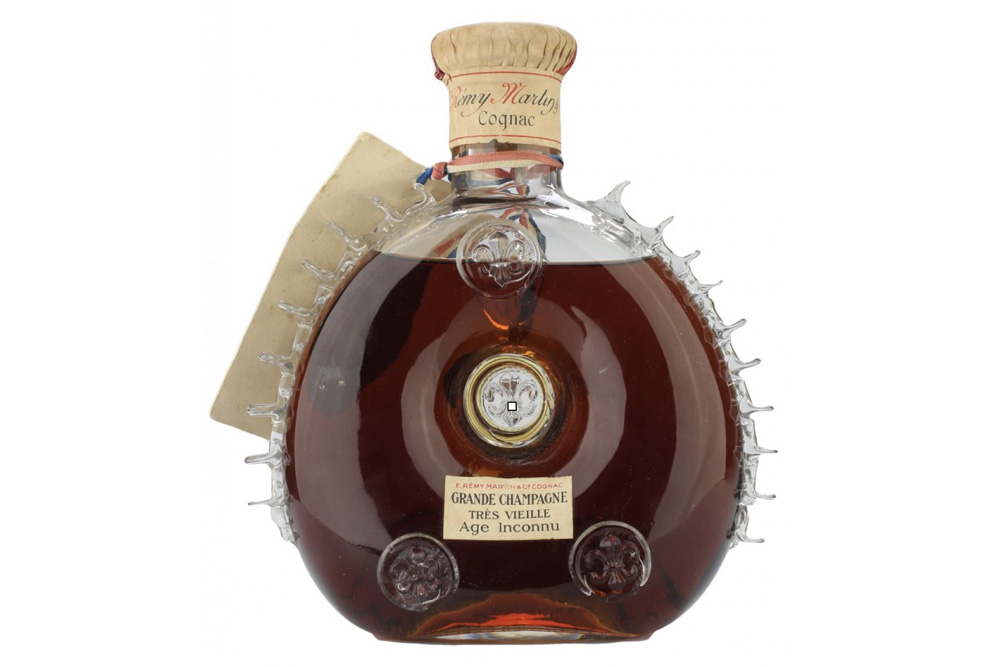 Louis XIII was on the throne when the Rémy Martin family settled in France’s Cognac region in the 1620s, and this famous drink is a tribute to him – the first monarch to recognize cognac as a spirit category in its own right.

Louis XIII cognac comes from the Grande Champagne region of Cognac, where the grapes are grown, distilled and aged. The terroir is rich in limestone, making it perfect for the grapes used to produce cognac, and an astonishing 1,200 eaux-de-vie from Grande Champagne vineyards make up the final blend.

A unique cognac with a rich history, it was perhaps best described by former cellar master George Clot when he said ‘When you discover Louis XIII, you become a different man.’

A peculiarly prestigious past

Louis XIII originates in the early 1700s in the Cognac region with the establishment of the House. More than a century of producing later, Paul-Emile Rémy Martin took the business over In 1841 and began selling the House’s cognacs under the Rémy Martin name.

Louis XIII cognac was first created in 1874. In 1929 the Orient Express travelled with bottles of Louis XIII onboard for its customers; it was served in first class on the maiden voyage of the Normandie in 1935; and in 1938 was tasted by King George VI and Queen Elisabeth. Following Allied victory in 1945, General De Gaulle and his staff ordered Louis XIII to celebrate their first post-war Christmas. The cognac was served on-board the Concorde in 1984.

One of the most interesting things about this delicious cognac is, in fact, its decanter. It’s a reproduction of a round, spiked metal flask discovered by a farmer at the site of the 1569 Battle of Jarnac and bought by Paul-Emile Rémy Martin in 1850.

For years cognac had only been sold in barrels, but Paul-Émile saw an opportunity to make his cognacs stand out by reproducing an ornate glass design of the original battlefield flask. He registered the rights for its reproduction, and nowadays the decanter is still true to its original inspiration and is mouth-blown by skilled crystal workers in France.

A taste of time

Since Louis XIII cognac is aged for between 40 and 100 years it can take up to four generations of cellar masters to oversee decanters before they’re ready to drink. Each year, the current cellar master will carefully sample the blend to keep an eye on the ageing process.

Every generation of cellar masters is tasked with selecting the oldest and best eaux-de-vie from the House’s cellars, but as they might never get to taste the final blend, they need to carefully coach a successor. As current cellar master Baptiste Loiseau has been quoted saying: ‘You’re not born a cellar master, you become one.’

The spirit is matured inside 100–150-year-old French oak casks with thin walls, originally designed for maritime transport but no longer manufactured for that purpose.

Popular the world over

Louis XIII was being shipped all over the world from as early as 1875 when cases were sent everywhere from Australia to Scandinavia. Many Asian countries, including India, Indonesia, Japan or China, had also developed a taste for the cognac and were importing it by the end of the 1880s.

Special bottles of Louis XIII include Rare Cask 42.6 and Rare Cask 43.8. Black Pearl (bottled in a decanter plated with layers of carbon, titanium and gold) and Black Pearl Anniversary Edition, which celebrates the brand’s 140th year.

L’Odyssée d’un Roi, released as a special collaboration with Hermès, Puiforcat and Saint-Louis. Hermès crafted a hand-stitched leather trunk for the collaboration; Art Deco silversmith Puiforcat produced a white-gold serving pipette; and Saint-Louis hand-blew and engraved a special version of the Louis XIII decanter, which included a map of Louis XIII’s global travels.

The Origin is a homage to the 1874 decanter, and The Legacy is a special collaboration between four generations of cellar masters.

Sampling Louis XIII is an almost ritualistic experience. You drink the cognac from special glasses designed to sound like the chime of church bells when clinked. When you first lift a glass of Louis XIII cognac you’re liable to notice flavours of honeysuckle, leather, cigar box, figs, plums, dried roses and passionfruit. The House describes Louis XIII as a ‘magical firework of flavours and aromas’ and recommends pairing it with either caviar or wafer-thin bellota ham shavings.

If you’re looking to sell Louis XIII don’t hesitate to get in touch with our expert team at The London Wine Cellar. You can call us on 020 7377 8097, fill out our online spirits valuation form or just drop by our London office for an instant valuation.