All About Lafite Rothschild 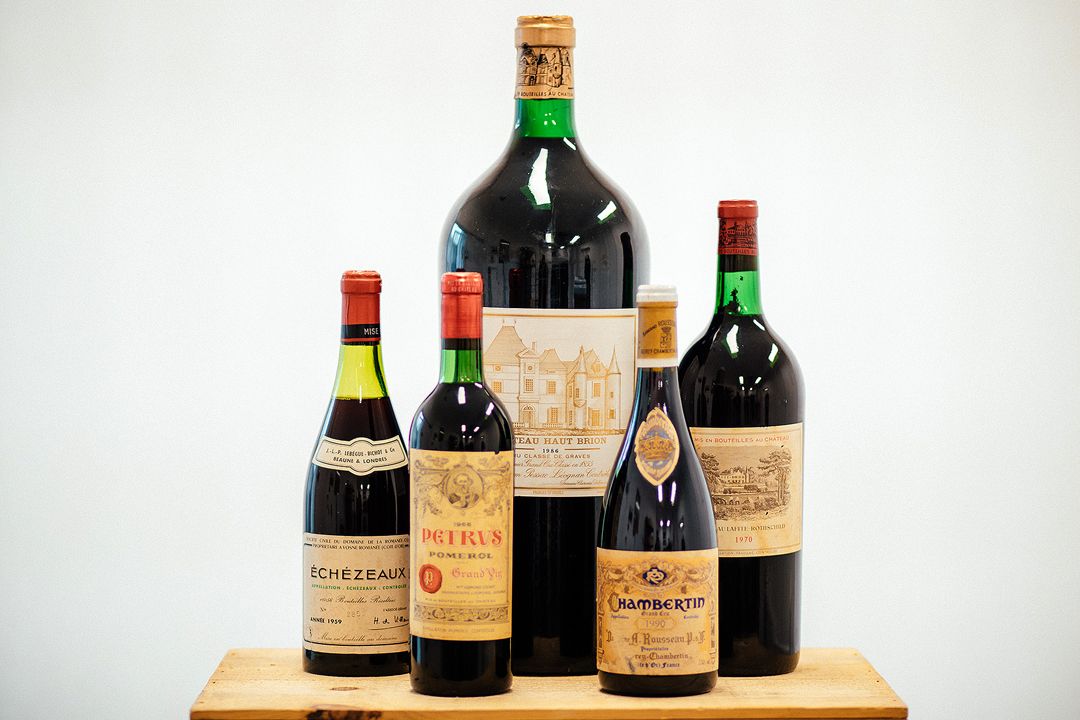 Chateau Lafite Rothschild, one of the largest vineyards in the Médoc, was one of four Bordeaux wine-producing chateau awarded First Growth status in the 1855 classification. The estate spans 107 hectares and produces roughly 35,000 cases per year. Grape varietals include Cabernet Sauvignon (which accounts for 70% of the vineyard and around 80—90% of the finished wine), Merlot, Cabernet Franc and Petit Verdot.

The chateau produces 3 wines in total: First Growth Chateau Lafite Rothschild, a second wine called Carruades de Lafite and a third (a Pauillac) made from Lafite Rothschild and Duhart Milon declassified fruit. Around ‎15-25,000 of the grand vin is produced by the estate every year.

Always a popular Bordeaux wine, in 2008 the market for Lafite Rothschild rose sharply to unprecedented highs. No one can be 100% sure why this phenomenon occurred, though it’s generally accepted that their investment in product-placement advertising on a very popular Chinese soap opera was the cause. Certainly, the demand for Lafite from China rose exponentially.

Despite inevitable dips after the price soar, prices for Lafite continue to be high—not just in China but the world over. In fact with an average price tag of over £700 per bottle, Lafite Rothschild is one of the world’s most expensive wines.

If I were to tell you that an ancient species of wild cow roamed freely over the lush marshland of the Lafite Rothschild estate, you’d likely raise your eyebrows. It is, however, true. The estate keeps the now nearly-extinct cows despite the fact they don’t produce milk and aren’t bred for their meat. The area these regal animals are allowed to roam is the estate’s 50 hectares of landscaped grounds, not, of course, the 112 hectares of planted vineyards.

It was sometime around 1680 the majority of the vineyard was planted by Jaques de Ségur, though in all likelihood vines had been grown on the site in the preceding centuries.

Marquis de Ségur Nicolas-Alexandre later (in the early 18th century) invested in refining the estate’s wine-making procedures. He’s also credited with some excellent marketing: he introduced the wine to European high society, where it was an immediate hit. Even American President Thomas Jefferson was to become a loyal customer.

The French revolution changed everything for the estate when Nicolas Pierre de Pichard, a descendent of the Segur family, was executed. It next came under the ownership of the Dutch Vanlerberghe family, who made several improvements and managed it well until 1868, when it was bought by Baron James Mayer Rothschild. (Some have speculated James bought the estate as a way of one-upping his brother, who owned Mouton Rothschild—only a Second Growth at that time.)

Baron James Rothschild died just months after acquiring the estate, and Château Lafite Rothschild quickly fell to his sons: Gustave, Alphonse and Edmond. The years that followed were rife with trouble, from having to rescue post-phylloxera vines and weather two world wars. The Second World War was particularly hard on the estate, which was occupied by the German army and had its cellars plundered.

Today this amazing estate is under the management of Éric de Rothschild, with Charles Chevalier as president.

Chateau Lafite Rothschild began bottling their own wine as early as 1890, making them one of the first of the Bordeaux estates to do so. Their motivation was likely twofold. Firstly, at that time merchants would sometimes sneak cheaper wine into Lafite-labelled bottles. Secondly, wine merchants considered estate-bottle vintages more prestigious and were willing to pay more for them.

The wine world was rocked when in 2012 just under 10,000 bottles of suspected counterfeit Lafite Rothschild were sequestered by police in Wenzhou, China. In fact, analysts have estimated that somewhere in the region of 50—70% of “Lafite Rothschild” bottles in China are actually fakes. In response, Chateau Lafite Rothschild put anti-counterfeiting measures in place. From 2012 the estate began using a seal of authenticity, complete with a unique numbered code you can verify on their website, on capsules of Lafite Rothschild and Carruades de Lafite.

A versatile wine, Chateau Lafite Rothschild will happily share the stage with most classic meat dishes, from roast chicken to heavier foods like veal, pork and lamb, and earthy mushroom dishes, pasta and even richer fish courses. It also pairs well with most Asian-style cooking, which is hardly surprising given its popularity in China.

Chateau Lafite Rothschild is generally believed to be the most aromatic and elegant of the 3 Pauillac First Growths. It’s a joyful, complex tasting experience, rich with cassis, red berries, tobacco, truffle, lead pencil, and spicy and earthy notes. It’s best enjoyed at a cool 15.5°c.

If you have any questions about your special bottles of Chateau Lafite Rothschild get in touch with us at The London Wine Cellar. You can email us on wine@thelondonwinecellar.com, call or simply drop into our London cellar for a chat.