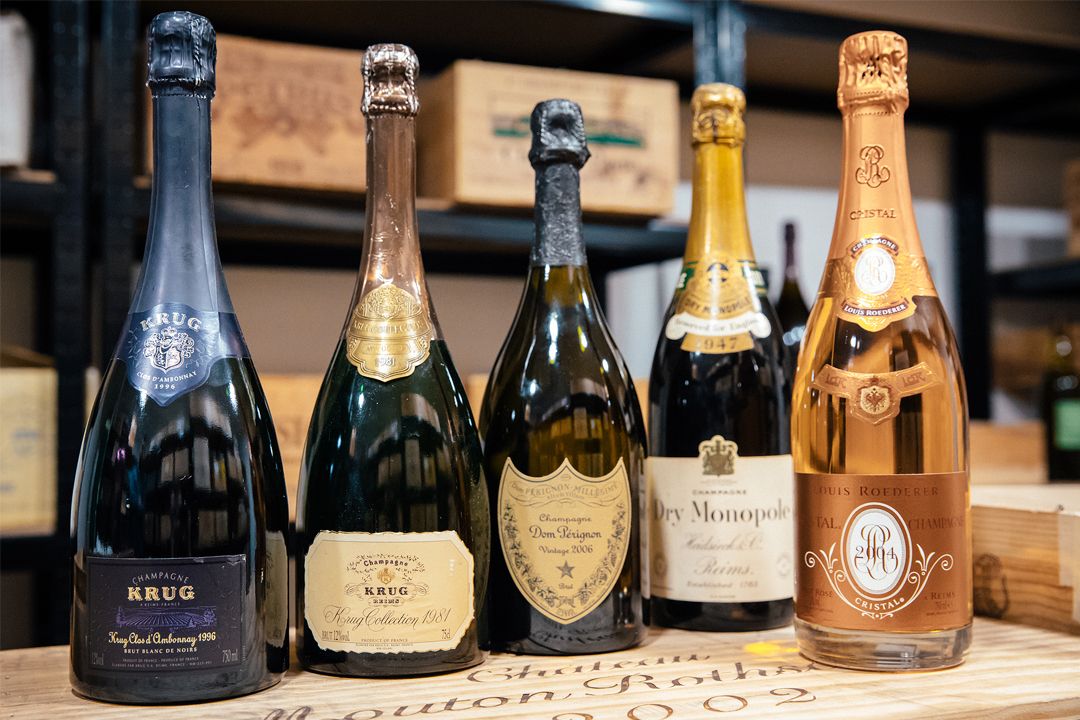 The fruit in every bottle of Cristal is hand-harvested exclusively from Grand and Premier Cru vineyards. It’s a traditionally made (by which I mean using the methode champenoise) wine from the Champagne region. Within every bottle, you’ll find a blend of Chardonnay and Pinot Noir grapes, usually in more-or-less equal measures. Average annual production hovers around the 1,000,000 bottle mark.

What’s unique about Cristal is that it’s made using only grapes grown in the vineyard’s best years. As such, it’s known as a Vintage Champagne. Cristal is not the world’s best selling Champagne, and yet few other brands are as globally renowned. But what makes it so special?

Not many people know this, but Cristal was first produced by Louis Roederer for Tsar Alexander of Russia. In the mid-1800s Russia was a hotbed of unrest, and fearing assassination, the Tsar demanded Louis bottled the Champagne in clear bottles. Why? Because he feared his enemies might plant bombs in the bottles. It was these clear, lead “cristal” bottles that were to give this Champagne its name.

Interestingly, despite being first produced in the 1800s, this special drink didn’t actually become readily available for purchase until 1945. When it was first marketed to the public, it appeared in its trademark clear bottle.

2. The Finest of Flavours

Cristal is particularly interesting on the palate because it blends crispness with deeper, vintage notes. As such juicy citrus fruit and rich honey flavours are undercut by the relative earthiness of toast. Of course, as with most fine wines, no two years of Cristal will taste exactly the same—a fact that makes tasting different vintages all the more exhilarating. As one would expect of a world-famous Champagne, Cristal is also known for the harmony and balance of its flavours and, of course, its fine bubbles.

Unusually, the Cristal estate was overseen by a woman for several decades. Camille Roderer, Léon-Orly’s widow, took over from 1933. Under her expert management, the estate thrived. The estate where Cristal is produced is currently in overseen by Frédéric Rouzaud, who is a 7th generation Roederer.

4. A Veblen Good and the Cult of Jay-Z

It’s impossible to talk about Cristal without referencing its effect on popular culture. Cristal has earned a reputation as a Veblen Good—a commodity for which demand increases as the price increases.

In the 1990s Cristal exploded onto the popular music scene. In 1998 even Jay-Z was rapping about it. Things turned sour, however, when Louis Roederer was asked whether he thought the association of Cristal with rap culture could harm the brand. He replied, “That’s a good question, but what can we do? We can’t forbid people from buying it.”—a response that didn’t go down well with the famous rapper.

As with all very expensive wines, Cristal has not escaped controversy. There are those that argue it simply isn’t worth its hefty price-tag (bottles usually go for an astonishing £150 or so), particularly because you can buy some Champagnes for around £50. However, here at The London Wine Cellar, we’d argue that if you ever get the chance to taste its particular magic, you should.

In 2002 Wine & Spirits magazine awarded Cristal with a 100-point score, which is an incredibly rare achievement. Perhaps it has something to do with Cristal’s production values: it’s only produced in the best vintages in the Champagne region. (For example, only vintages 2006, 2007, and 2009 have been released over the last decade.)

You might think the glittering gold paper Cristal bottles are packaged in looks over-the-top, but it’s actually there for a reason. The anti-UV cellophane is designed to protect the clear-bottled wine from the sun, which would negatively affect its ageing process.

If you’d like to find out the value of your Cristal champagne, get in touch. Our team have decades of experience between them and are passionate about Champagne. We can guide you and give you an estimate of your bottle’s worth.