All the Facts about Dom Perignon 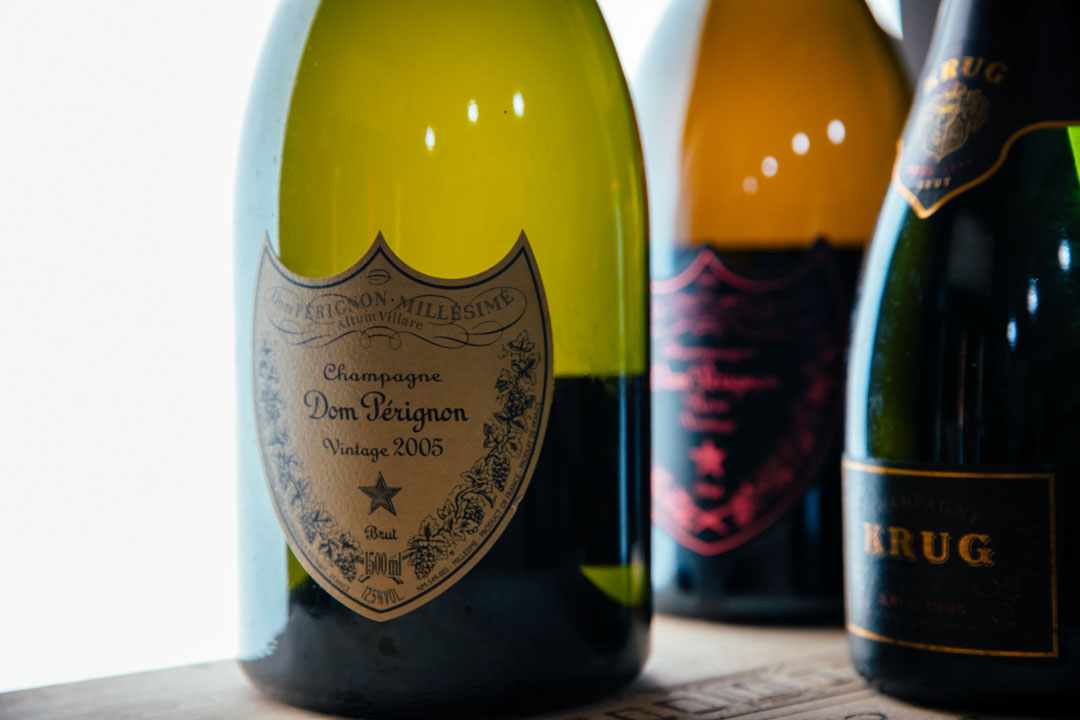 Few Champagnes are as iconic as Dom Pérignon. It’s often the first choice for celebrities and even royalty. In 1971, for example, the Shah of Iran purchased bottles of the 1959 Dom Pérignon Rosé (incidentally its first vintage) for the 2,500-year celebration of the Persian Empire. It was also drunk at Princess Diana and Prince Charles’ wedding (where bottles even carried a customised insignia) in vast quantities. They chose the 1961 vintage—the year Diana was born.

Dom Pérignon is not, however, a Champagne house but a prestige cuvée, which is the most prestigious Champagne a producer can make. As with Cristal, the precise number of bottles produced in each vintage is kept under wraps, although it’s safe to assume it’s at least 5 million. Here are some more key things you should know about this famous wine.

Dom Pérignon produces only vintage Champagnes. Meaning that if you peered inside any bottle, you’d find the grapes from just a single year. In that way, every vintage of this Champagne is distinctly unique. In fact, some years will produce no bottles at all because they only create and release vintages that will age well for 2 decades. On average, they produce a maximum of 6 vintages every 10 years.

Six years prior to Dom Pierre Pérignon’s arrival at the now-famous Hautvillers abbey, the process of adding sugar to wine to bring about a second fermentation had already been recorded. Even the lovely quote attributed to him, “Come quickly, I am tasting the stars!”, may have originated elsewhere—its first-ever appearance was apparently actually in a printed advertisement of the 1900s.

One origin for these false legends is thought to be the accounts of Dom Groussard, a monk at the abbey after Dom Pérignon’s time, who wrote overblown tales about Hautvillers in order to exaggerate its importance for posterity.

Pérignon’s involvement in the development of Champagne production is, however, not a complete lie. In fact, it’s believed he was responsible for several innovations in winemaking; these include pruning to reduce yields but improve concentration, the careful treatment of grapes to avoid exposing grape juice to the elements, and the use of several gentle pressings to minimise skin contact and extraction of tannins.

Although Pinot noir and Chardonnay grapes go into every bottle, the final composition is never precisely the same. It follows that no vintage tastes exactly alike; however, Master of Wine Serena Sutcliffe has described this famous drink thus: “With age, Dom Pérignon takes on a totally seductive fresh-toast-and-coffee bouquet, one of the most intriguing scents in Champagne.”

Though this iconic champagne is named after Dom Pierre Pérignon, a 17th-century Benedictine monk and cellar master, it was the Champagne House Moët & Chandon that actually created it in the 1920s.

The first vintage was produced in 1921 but only released in 1936.  The bottles were purchased by customers of Simon Bros & Co., the company that imported Moët in the UK. It wasn’t long before the wine became immensely popular the world over. Perhaps this isn’t surprising since the 1921 vintage was supposed to be delicious; according to Richard Geoffroy, the current Dom Pérignon cellar master, it had a “distinctive bouquet comprising sandalwood, vanilla and praline”.

Dom Pérignon was originally produced from vintage Moët & Chandon Champagne and simply transferred into special bottles after being aged. But from the 1940s, Dom Pérignon has been produced separately. Richard Geoffroy is the current wine-maker; he’s been Chef de Cave for Dom Pérignon since the late ’90s.

The shortest amount of time any single bottle of Dom Pérignon is aged is 7 years; however, typically the first vintage is released for sale after about 9 years. Following this first release, a second wave comes at around 18 years and a third at around 25 years. These second two releases are known as P2 and P3, and if you’re ever lucky enough to get your hands on a bottle of either you’re in for a treat: the ageing lends richness and complexity to an already delicious wine.

If you’d like your special Dom Pérignon Champagne expertly valued, don’t hesitate to get in touch on 020 7377 8097 or email us at wine@thelondonwinecellar.com.