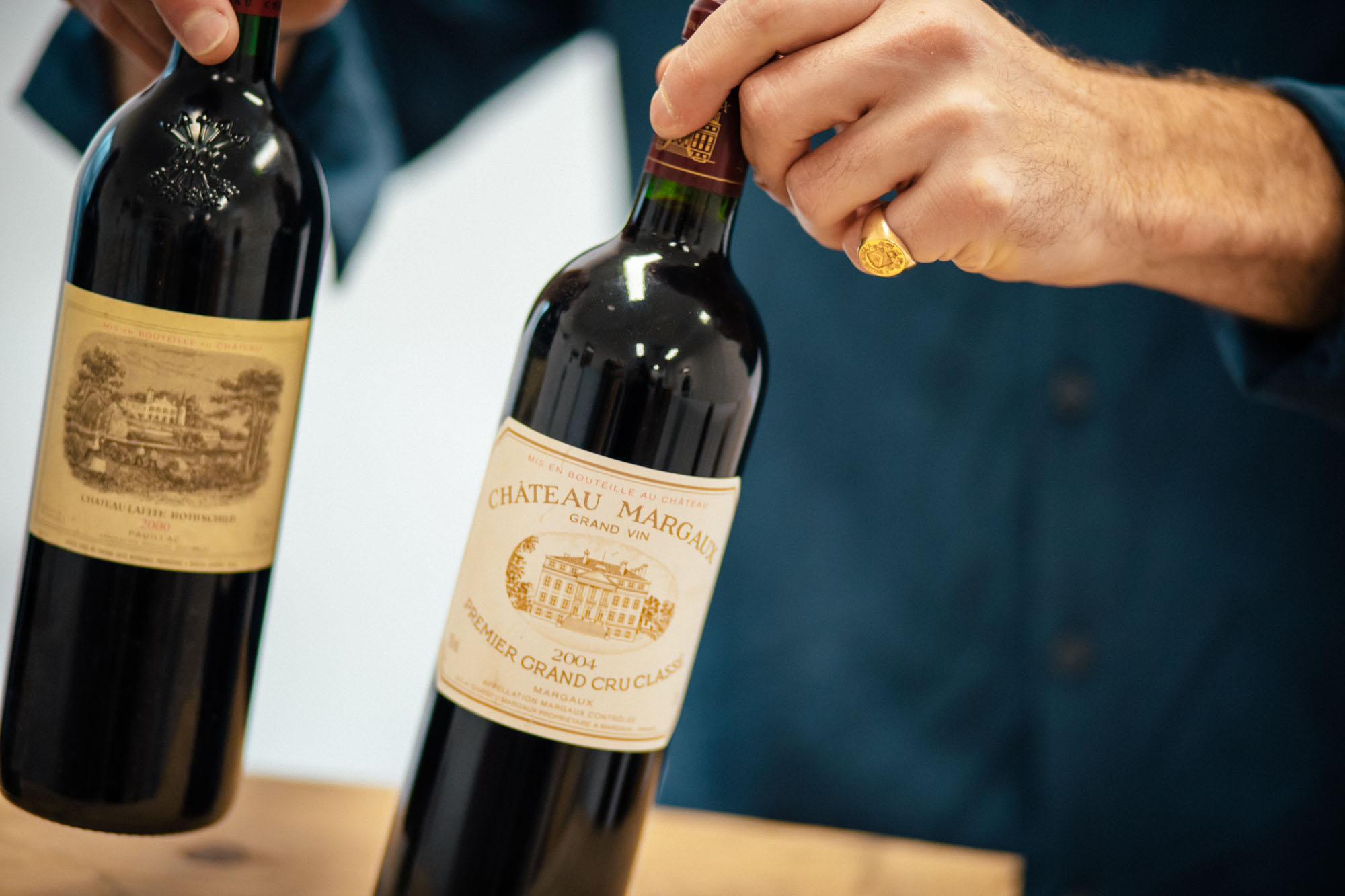 Perched on the Left Bank of Bordeaux is Chateau Margaux, one of 5 premier cru estates in the Médoc. The land on which this famous estate sits was known in the 12th century as La Mothe de Margaux, meaning ‘the mound of Margaux’. This gives us a clue as to its elevated topography, which is unusual in the otherwise largely flat region.

Although vines had been grown in the area for centuries, it was the Lestonnac family who first intensified production when Pierre de Lestonnac cleared many of the grain fields in favour of vines in the 1570s.

Ownership continued through the female side of the family. And in the early 17th century, Olive de Lestonnac was the first owner to build a physical property to bring the vines together under a single estate. In 1654 the Lestonnacs married into the Pontac family of Chateau Haut-Brion, and this was to be pivotal in the estate’s inclusion among the Bordeaux first growths.

During the French Revolution, Margaux shared the fate of many other wine-producing chateaus in the region: the owner was guillotined and the estate fell into neglect. In 1802, the Marquis de la Colonilla bought it, tore down the existing chateau and had it architect-designed and rebuilt.

In 1925, Bordeaux wine merchant Fernand Ginestet bought shares in the estate, and the family finally achieved full ownership in 1949. The Ginestet family continued to run the estate until 1973, when the Bordeaux economic crisis plunged them into debt and they were forced to sell.

In 1976 French grocery and finance group Félix Potin paid an astonishing 72 million francs for the chateau. André Mentzelopoulos, who ran Felix Pontin, made several important changes, including careful reconstruction of the dilapidated vineyard. By his death in 1980, the chateau’s reputation for excellence had been fully restored. His daughter Corinne Mentzelopoulos owns the majority stake in Chateau Margaux to this day. Philippe Bascaules is the managing director.

Chateau Margaux is the most famous of all Margaux’s vineyards. It spreads out around a grand old building with a distinctive portico and can be something of a pilgrimage for wine lovers. It’s situated next to the lovely little church of St Michel, which is also the location of former owner Bernard Ginestet’s grave. Legend has it that American President Thomas Jefferson used to visit the chateau; he was apparently so enamoured with their wines that in 1784 he ordered several cases for his personal collection.

3. Winding its way into pop culture

Few other wines have found as much fame as Chateau Margaux, which has snuck its way into a variety of films and TV shows, and it’s even the title of an 1888 zarzuela (a Spanish musical). You’ll see it referenced as early as 1884 in Edgar Allen Poe’s short story Though Art the Man and it punctuates popular culture from then on. It makes an appearance in the iconic late ’80s Withnail and I, in a season of Madmen, and even in two superhero movies.

Some wines stand out: Chateau Margaux is one of them. It’s famous for being the most floral of all the Bordeaux wines. In particular, its hints of violet and lilac can be bewitching. While other wines of this region are characterised by their full-bodied, tannic qualities, Chateau Margaux is special because it’s the opposite: refined, sensual and delicate. But it isn’t simply light and floral. In fact, due to the variations in soil quality in the region, the vintages can be quite different. Many have hidden depths. Scents of violets and lilacs are undercut by deeper notes like tobacco, truffle, cherry and plum.

5. Always looking to the future

Chateau Margaux may have created the modern method of vinifying white and red grapes separately that’s used widely today; they certainly make this claim. In 1989 Chateau Margaux was innovative in their introduction of laser-etched bottles to fight the production of fakes. (Nowadays they use a complex prooftag system to put electronic signatures on each label.) The estate continues to pioneer by adhering to largely organic farming methods. In fact, in 2017 100% of the estate’s grand vin Chateau Margaux vines were organically farmed!

If in any doubt as to the value of your Chateau Margaux bottle or bottles, get in touch with us at The London Wine Cellar for a chat. Call us on 020 7377 8097, email us at wine@thelondonwinecellar.com or simply drop by our peaceful London cellar.