Pétrus: The Best of Bordeaux 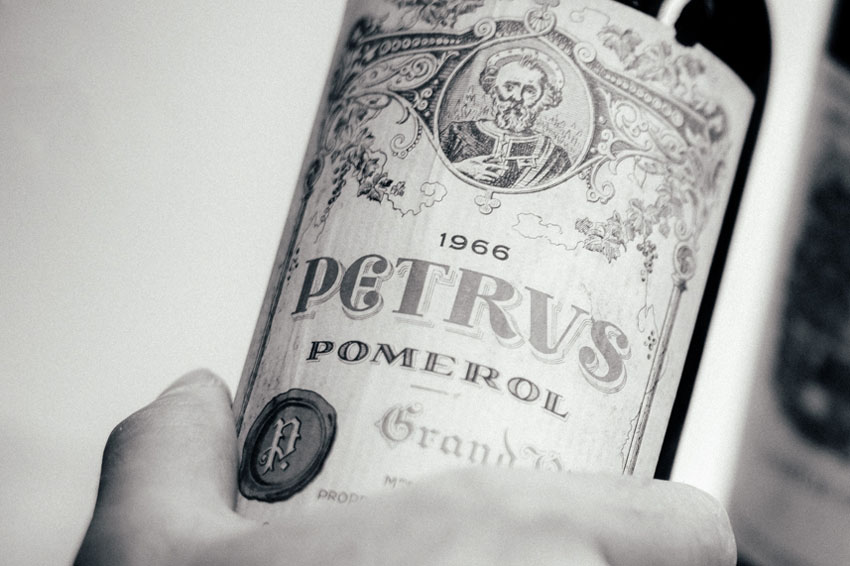 Several things make Pétrus unusual. Firstly, the estate has no chateau; in fact, Pétrus has never had anything more than a farmhouse, which perched on the estate until it was destroyed a decade ago. Unlike most Bordeaux estates, it doesn’t produce a second wine and it also holds back on certain vintages, preferring not to offer it at all if it hasn’t made the grade. But it’s Pétrus’s unusual blue clay terroir, reputation for meticulous vineyard management and astonishing depth of flavour that really make it stand out.

With demand far greater than its tiny production of 2,500 cases a year, and single bottles selling for thousands of pounds, Pétrus is a wine most collectors can only dream of owning.

Now universally recognised as one of the greatest Bordeaux wines of all time, Pétrus in fact snuck up on the market. If we look back to the 19th century, the wine produced by the estate was only thought suitable for lunchtime drinking and not nearly good enough to be served at dinner!

As was the fate of many Bordeaux estates, Pétrus was shuffled from owner to owner over the years. It’s most significant guardians, however, were the widow Madame Edmond Loubat, who started buying shares in 1925 and remained dedicated to the estate her whole life, and the Moueix family, who took the reigns after Loubat’s death.

Loubat was passionate about Pétrus from the start – adamant her wine deserved wider recognition and higher prices. Under her control, the estate was managed with meticulous attention to detail and quality, and its popularity increased.

In the winter of 1956, a severe frost hit Bordeaux and decimated the majority of the Pétrus vineyard. Further proving her capability, Loubat made the bold decision to cut back the vines on surviving rootstocks rather than replanting vines, despite the fact this method hadn’t been tried in the region before. Her bravery paid off: the Coppage was a success and ensured the vines average age remained high.